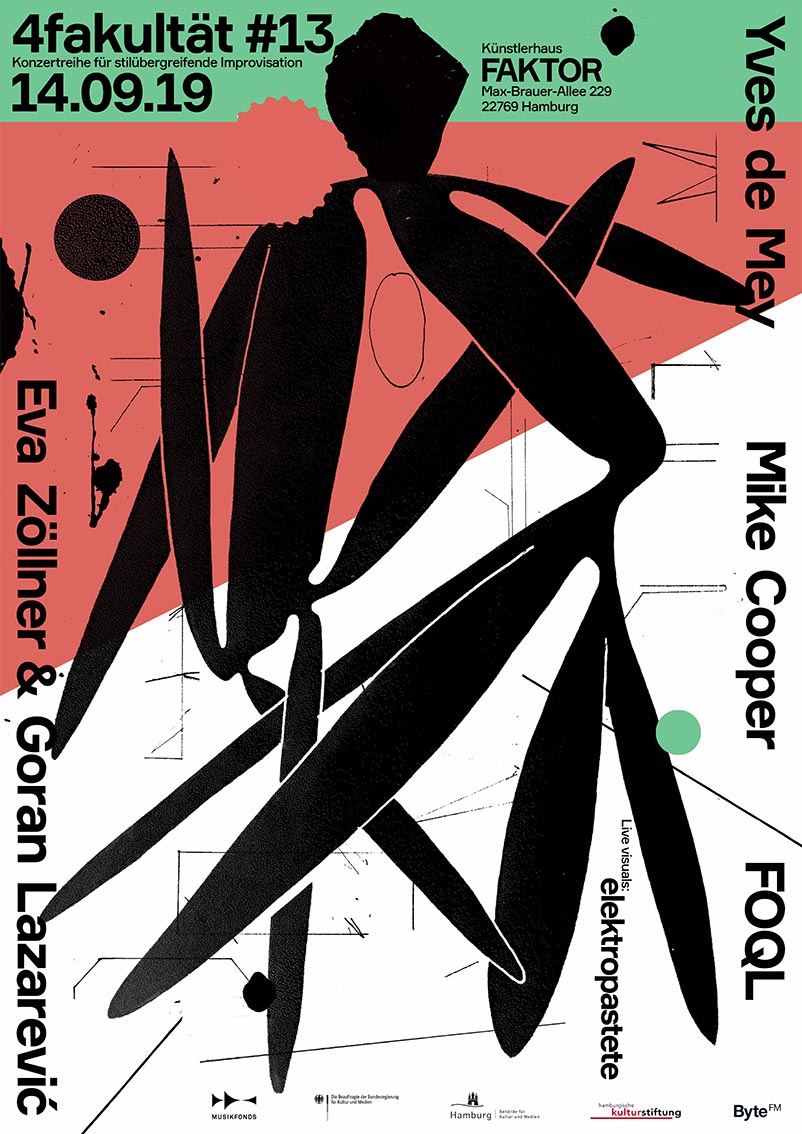 Classic in his own genre of Hawaiian Futurism, Mike Cooper masters a most unique and intoxicating take on lap-steel guitar exotica. Expect a hat-shadowed face, a well worn Hawaiian shirt and a steel guitar wired into a table of electronic business … and you are only half way there. Cooper’s rich and evocative music is best experienced in his utterly flawless live performance.

Over the last few years Justyna Banaszczyk aka FOQL has released an impressive amount of music on different types of media, and on various labels such as New York Haunted and Pointless Geometry. Her hypnotic and unconventional style stems from her industrial and dark roots, and thanks to her soft spot for experiments, heaviness and the most innovative corners of dance music, she avoids the obvious, especially when playing live.

Antwerp-based producer Yves De Mey has his roots in sound design and scoring for performing arts, film and installations. His main tools are an ever-growing modular analog rig and some vintage synths, combined with an avid interest in audio manipulation. In his enigmatic live concerts De Mey alludes to a rave past, a history of repetitive and nervous patterns, all melded together in an increidibly versatile live performance technique.

Eva Zöllner was educated as classical accordionist at the Academy of Music in Cologne and at the Royal Danish Academy of Music in Copenhagen. She is considered as one of the most active accordionists of her generation. For 4fakultät Eva will perform in a duo with Hamburg based accordionist Goran Lazarevic. Goran‘s main spheres of music practice lay in live-electronics, microtonal and computer music, and free improvisation Eva’s and Goran’s exploration of the accordion will be paying attention to the offshore sound potential of their instrument.

4fakultät is based on a mathematically designed musical score. Four acts of various artistic backgrounds play two sets of their own. These separate sets intersect. All four musicians improvise in a rotating order creating a continuous concert with no breaks or stops. A musical dialogue where improvisation cuts to the bone of genre and style definition: 4fakultät.